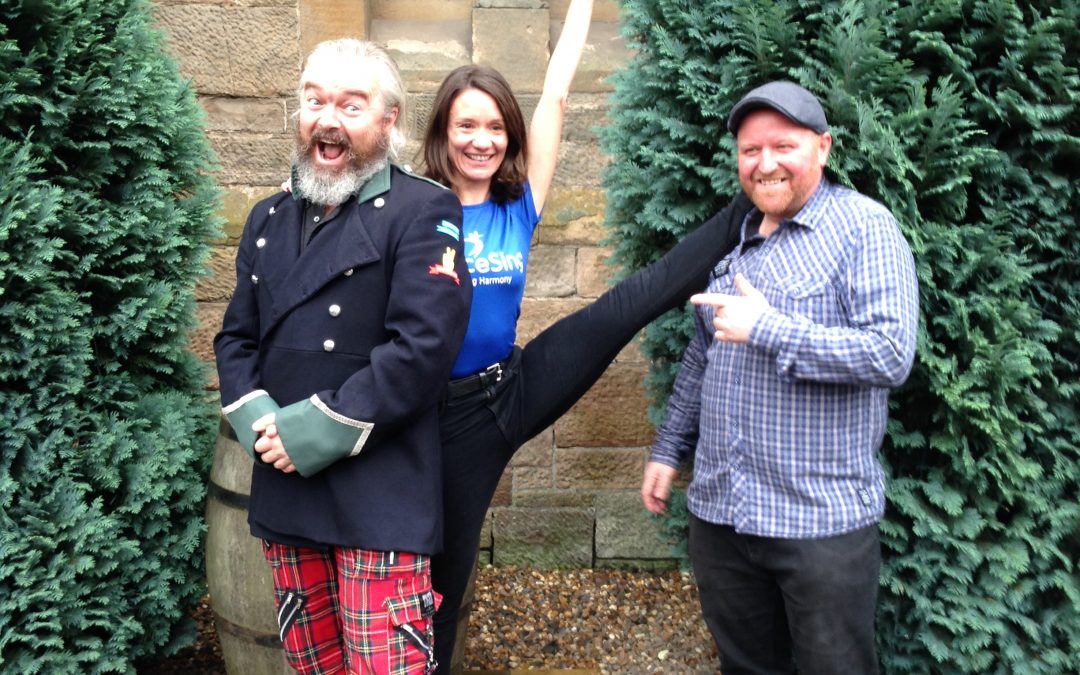 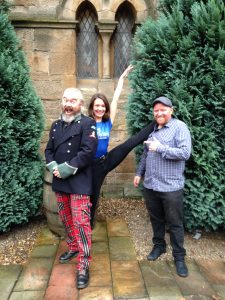 Stand Up and Be Counted Founder, JoJo Sutherland, welcomed the invitation to compere a landmark launch event for Scotland – The Dancing In The Dark Project.

Sunday 8 October 2017 saw the launch of this collaboration project from three highly respected Scottish creatives which sees a charity single, tipped to be the UK Christmas no.1 launch sales on iTunes.

Natalie Garry, owner of danceSing, graphic designer and filmmaker Bill Bruce and musician Greig GT Taylor have joined forces to raise awareness of the positive mental health benefits of singing, and dancing, particularly for people who have, or are suffering from, mental illness.

Together the trio have created a unique and uplifting version of the Bruce Springsteen classic Dancing In The Dark. The track was recorded at The Tolbooth Recording Studios in Stirling and mastered at London’s prestigious Abbey Road studios. It is performed by soloist Greig Taylor, with backing vocals provided by the danceSing choir. All proceeds from the single will be donated to SAMH – the Scottish Association for Mental Health. 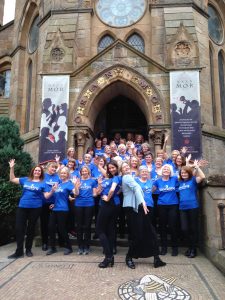 Stand Up and Be Counted’s ongoing work to support health and wellbeing in stressful workplaces was recognised by the team behind The Dancing In The Dark Project and JoJo relished the opportunity to support them. In addition, ambassador for Scottish creatives, Scot Street Styles‘ Gordon Miller, joined JoJo to help drive awareness of the purpose behind this, developing and growing support for mental well being in Scotland.